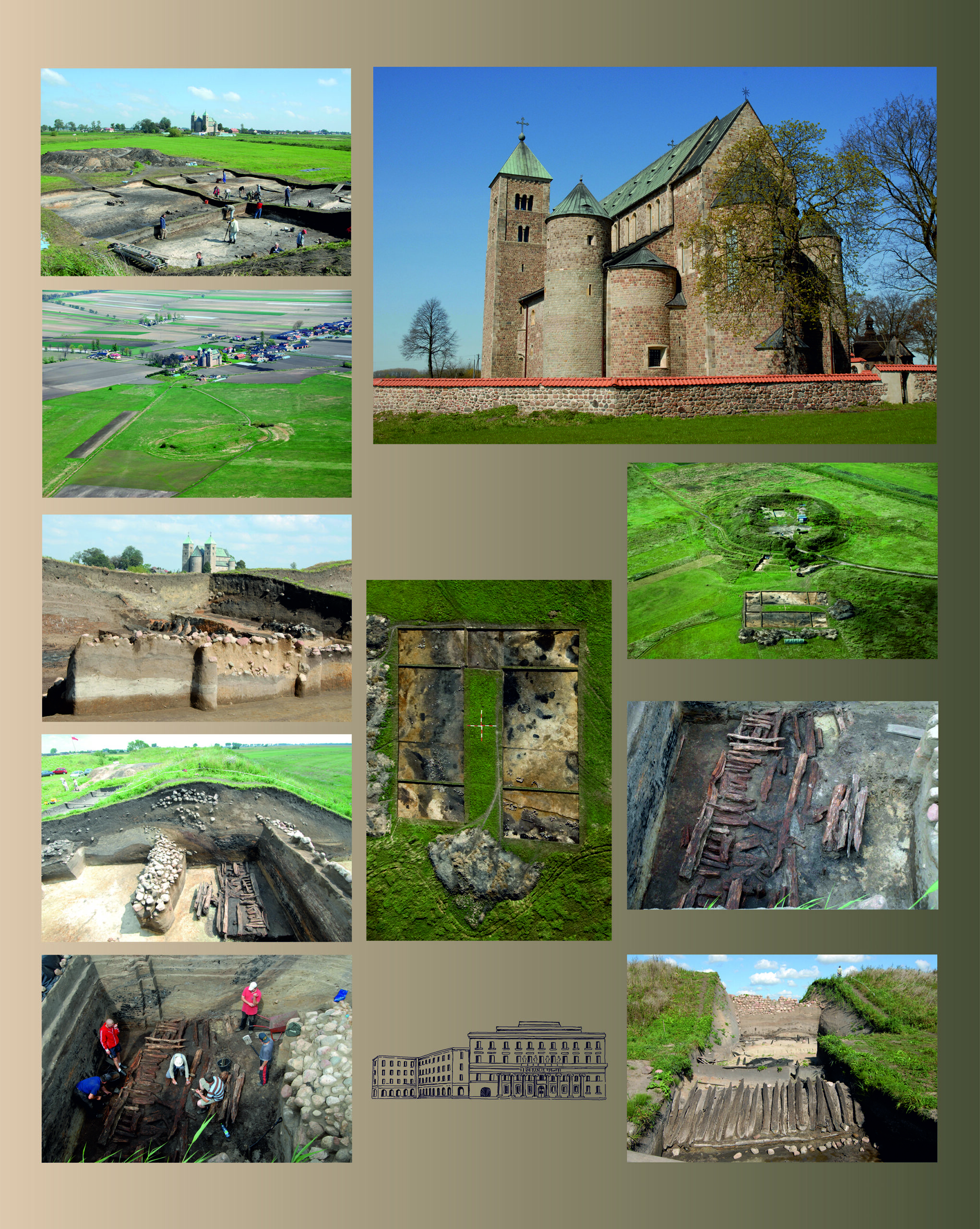 During archaeological excavations at the settlement in Tum near Łęczyca, in 2009, a polygonal ring with a legibly preserved Latin inscription was discovered. We do not know in what circumstances and to whom this unique ring was given. One thing is certain – the ring dated to the 2nd half of the 11th or early 12th century, has been waiting over 800 years to be discovered by archaeologists. The nine-sided ring was made of high-grade silver, on the surface of which there is an inscription engraved with Roman capitals, whose inscription reads:

+May you live  happily as long as the phoenix lives

The phoenix is a mythical, fiery bird that is known in most cultures of the world. Its prototype was the Egyptian sacred bird – Benu. It is a symbol of rebirth and immortality.

The beginning of the inscription is marked out by a centrally placed isosceles cross, preceded by a colon which ends the whole sentence. To emphasise the legibility of the inscription, the letters have been filled with black silver sulphide. Ligatures (abbreviations) have been used in the text of the sentence, which means that the whole inscription ultimately consists of thirty-three letters. The applied procedure has a deep Christian symbolism, and the intentionally shortened inscription refers to the number of earthly years of Christ’s life. The smaller number of letters in relation to the original does not affect the correct reading of the inscription and is in accordance with the medieval Latin spelling.

The ring from Tum is a unique monument in Poland and Europe, not only due to the lack of close analogues. It is also unique due to its profound sentences and universal message, the essence of which is to convey good wishes to all.

Its multidimensional message can also be applied to the place where we live. Like Fenix, the mythical bird that symbolises the sun and the eternal rebirth of life and immortality, it can be a place for everyone to constantly discover and get to know anew – a city of happy, long life.

We invite you to visit the exhibition. Let the ring from Tum be an introduction and an encouragement to see selected monuments representing all Departments of the Archaeological and Ethnographic Museum in Łódź.