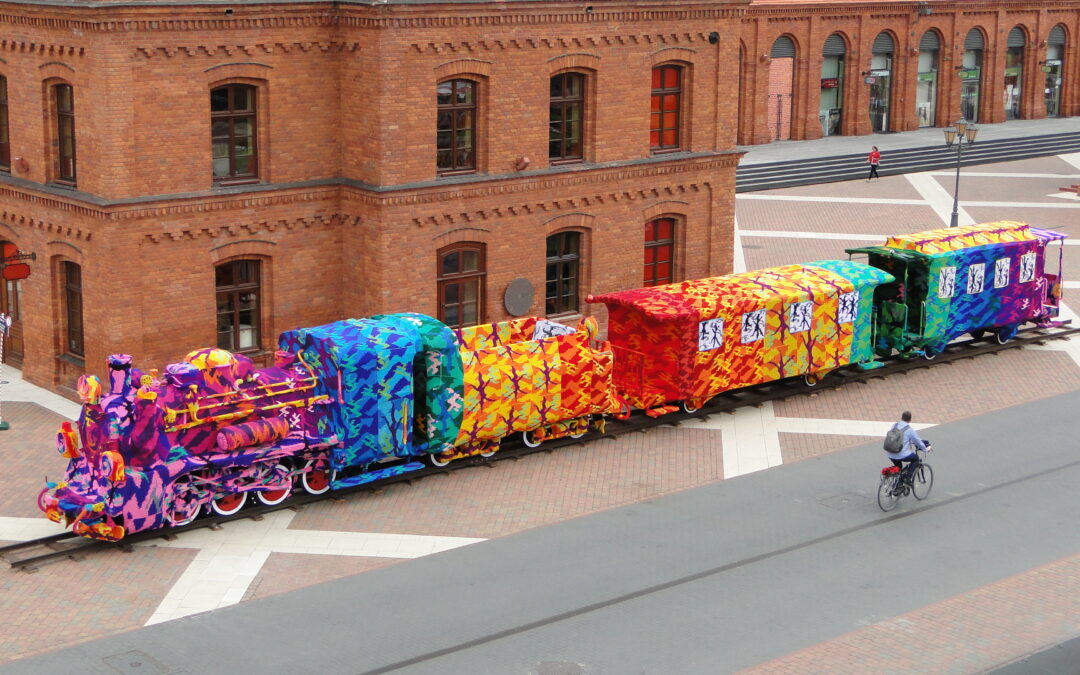 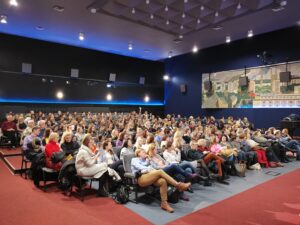 The place was established in 1994 in Łódź at Piotrkowska 203/205, the most important street of the city. Since its inception, it has presented an ambitious and valuable film repertoire and is the organised  many artistic and film events, together with Embassies, Cultural Institutes and the National Film Archive in Warsaw. “Charlie” is today recognized as one of the leading cinemas in Poland’s cinema network. The historic, magnificent building, which has housed the cinema for over two decades, will be adapted soon into an art space, a gallery, with many screenings rooms, spaces for education and recreation. “Charlie” will turn in the future into a real art and culture incubator, a place of creation and exchange, a place even more open and accessible to the inhabitants of Łódź. 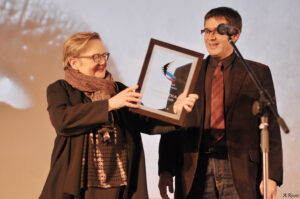 On the initiative of the cinema Agnieszka Holland and Zbigniew Rybczyński (polish Oscar winning director for the short experimental movie “Tango”) received their „Stars” at Piotrkowska Street. As part of events organized by the cinema, Łódź was visited by such artists as Michael Nyman  Ryszard Horowitz, Terry Jones, Nigel Kennedy, Jean-Luis Trintignant, Zbigniew Preisner, Krzysztof Kieślowski (for the polish premiere of the “3 Colors: Red” as part of the celebration of the 100th anniversary of cinema at the Grand Theater in Lodz), Ang Lee, John Malkovich and many other prestigious guests. One of the most original events organized by the Lodz Film Association is “Tuwim’s Crochet Locomotive”, a very important symbol for the city (implemented in 2013 in the main square of Lodz’ s biggest commercial center, Manufaktura). The artist Agata „Olek” Oleksiak has already „dressed” dozens of objects around the world using a crochet hook. It was a huge success, that is still remembered by the people of Łódź. 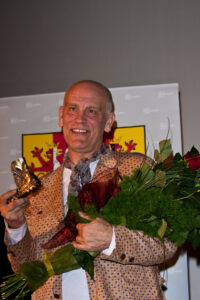 Cinergia Forum of European Cinema remains until now one of the most important and permanent events in Lodz’s calendar, almost entirely devoted to European cinema, which is truly an exception in the scale of Poland. During “Cinergia” are organized screenings of the latest European films which had their premieres in Cannes, Venice or Berlin, and which usually hit the screens in Poland after many months or omit Polish cinemas at all. The attractiveness of the Forum is influenced by its original formula, and the festival program is divided into thematic sections, accompanying events and competition sections (like Best Polish Debut Feature Film or Best European Debut Feature Film). Both fictional, documentary and animated films are allowed in the Polish film competition, which is undoubtedly a rare phenomenon. Over the years, the forum has gathered highly respected guests from the film world, especially directors such as Roman Polański, Jerzy Skolimowski, Dario Argento, Andriej Konczalowski, Istvan Szabo, Ferzan Ozpetek, Jerry Schatzberg, Lenny Abrahamson, Ryszard Lenczewski, Kasia Smutniak, Kazimierz Kutz, Allan Starski, Wojciech Smarzowski. The festival offers an interesting combination and dialogue between tradition and modernity, classics and debuts, masters and young artists who are just starting their adventure with the world of cinema.

2020 marks the 75th anniversary of the establishment of the post-war film industry and film-education, all the activities of which over the decades contributed to the creation of the honorable term „Łódź – City of Cinema” (polish – Łódź Filmowa). On December 5, 1945 at Łąkowa 29 in Łódź, the first film atelier was opened. It gave rise to the Feature Film Studio (Wytwórnia Filmów Fabularnych). It was then that the production of the famous „Forbidden Songs” (Zakazane piosenki) began. Directed by Leonard Buczkowski, the movie is considered to be the first Polish post-war feature film, starring film stars Jerzy Duszyński and Danuta Szaflarska. 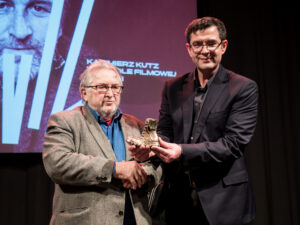 The greatness of Łódź Cinema Industry can be testified to by many film productions from Polish People’s Republic’s era (PRL). But its myth was undoubtedly strengthened on a global scale thanks to the epic blockbuster „The Promised Land” (Ziemia Obiecana, 1974) by master Andrzej Wajda. The movie, nominated for an Oscar for best foreign film, also remains one of the most interesting interpretations of the city of Łódź on the big screen.

The brand of „Łódź Filmowa” has survived over the years, which is best evidenced by the international successes of the production company Opus Film with „Ida” (the first Oscar for Polish cinematography in the category of the best foreign film, 2013) and „Cold War” by Paweł Pawlikowski (2018).

On the occasion of the 75th anniversary of Łódź Filmowa, the Łódź Filmowa Association has offered many special outdoor screenings of the rich repertoire of Polish film classics filmed in the Lodzkie region. Throughout the holidays in Łódź and the region, screenings of such films like “Niewinni czarodzieje”, “Kingsajz”, “Pomiędzy słowami” or “Ucieczka z kina Wolność” are available for everyone.

As Sławomir Fijałkowski, president of the Łódź Filmowa Association, pointed out: »Łódź is not only the so called ” city of film „, but also the” city of Oscars „. Few people know that in Lodz you can see without any permissions the prestigious Academy Award – the brilliant pianist Artur Rubinstein received it for his role in the autobiographical documentary „L’ amour de la vie” (1969), and his wife Aniela Młynarska-Rubinstein decided to donate the gold statuette to the Museum of the City of Lodz. . It is an amazing story, little known in the history of cinema. The environment of Łódź Filmowa gave rise to many initiatives and productions that are worth talking about, reminding people and encouraging people to visit our city, discover the riches of the entire region. The film history of Łódź is still open and is waiting to be discovered”.