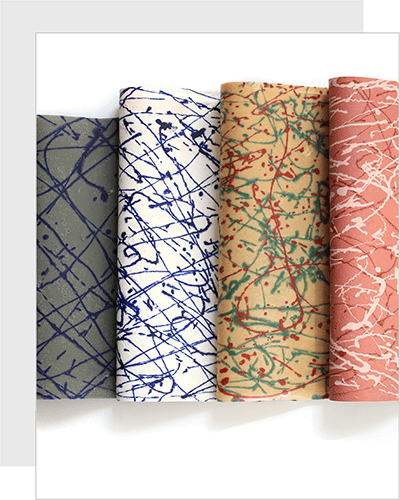 We live in times where our future is rather uncertain. The quality of our future life and life of next generations depends on the decisions that we take now. Responsible approach to design seems to be the only option against the climate crisis and the problem of environmental pollution. Currently, more and more designers feel the necessity to reflect about the type of materials used. What are they made of? which processes are involved? What will happen to them after being thrown away?

Plastic is a huge problem in relation to environmental pollution. The reason for that is its long degradation time. After being thrown away, it needs a few hundred years to break down, and in the mean time, not only does it stay deposited in the garbage dumps, but it lies virtually in every place on the planet, including the seas and oceans floor. When it breaks down, it creates micro granules that easily end up in the water, where they being eaten by the organisms living there. In addition, plastic is toxic, it releases hazardous substances into the environment, contaminating it. When thinking about the future, the desirable goal should be creation of an alternative to the most harmful materials.

Bioplastics can be an alternative to plastics. Currently, various types of bioplastics are produced: PLA (polyactic acid), PHA (polyhydroxyalkanoate) or PHB. Their advantages are that they are biodegradable in a short time, are not toxic, and their carbon footprint is neutral. Waste is often used for their production, which is another advantage. But there are also disadvantages. PLA is most often produced from beets, sugar cane or corn. Cultivation of these plants exploit precious farmlands, so valuable from the food production point of view of. Pesticides are also often used for their cultivation, which is extremely harmful to the environment.

Research published by the European Commission shows that algae bioplastics are the most ecologically sound material that replaces plastic acquired from fossil fuels. It outcompetes PLA bioplastics, which disadvantage is its large scale use of the arable land. Algae, on the other hand, grow on sea water, so they do not use up land that is valuable for food production. Moreover, they do not need freshwater to grow, which is also a scarce commodity. Production: In the industrial processing, seaweeds are broken down into prime factors – Polysaccharides: ulvan, agar and alginic acid by means of drying, grinding and chemical treatment. The powdered algae are thus a component of bioplastics. They can also undergo alcoholic fermentation to obtain lactic acid and its polymer-polyactide, PLA, which is also used in the bioplastics production. Research on the use of leftover production as food supplements as well as fish and animal feed ingredients is still ongoing.

The project consists of bioplastic samples from agar, glycerin and water. Different colors were achieved by adding earth pigments. The sheets are thin but durable and flexible. Bioplastics, in addition to the obvious use as a substitute for plastic in packaging, or disposable products such as plates or picnic trays, can be used for decorative purposes.

(The Strzemiński Academy of Fine Arts in Lodz)