“Out of passion for creating something out of something.” 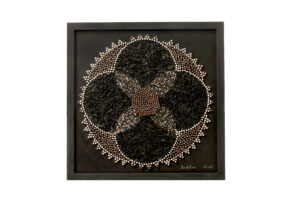 BECHANN is a one-person upcycling workshop that handcrafts modern home décor accessories and jewellery, situated in Łódź at ul. Tymienieckiego 3 at Art_Inkubator.

These are hand-made goods crafted in line with Zero Waste rules; artistic pieces made from old, worn out cables, mainly computer cables acquired from the Recycling Centre.

Relief-like artworks and jewellery are made out of “passion for creating something out of something”. The workshop processes hundreds of meters of cables that were about to be useless.

The development of all sorts of devices along with continuous computerisation, although useful and nowadays omnipresent, contributes to the generation of unimaginable amounts of electronic waste.

Awareness and responsibility for such a state of affairs lie behind the vision and mission of BECHANN workshop operations, which by transforming used objects, namely cables, reveals the beauty hidden in them, hence promoting Zero Waste rules.

Waste reuse, reduction of other raw materials use, rediscovering new functionalities and their development is an extremely rewarding combination of passion and work.

Modern artworks – reliefs and mosaics – are the outcome of the workshop’s artistic activity and its major product. They represent a perfect décor element of modern interiors.

They are available in a vast variety of shapes and forms made out of used materials. They also represent the link between the things I see and my feelings. They are the fusion of imagination, thoughts, and emotions, not to mention my attitude towards life based on respect and approval of the world around me, combined with my need for making new objects out of the old ones (computer waste) as well as eliminating and reducing my own waste.

That is why the first cycle of works was named “New Connections”. The series won first prize at the Eco Made Festival competition in 2016 organised by the Strzeminski Academy of Art in Łódź.

Old cables proved also to be a perfect material for making modern jewellery. No animal products are used to make the pieces, while all straps are made of cable parts. Original women’s and men’s designer jewellery series are made mainly from the residues originating from artwork making process. This is a deliberate action focused on waste minimisation. I plan my work process in a way so that the manually trimmed material utilised to make the products is fully used.

BECHANN equals modern handicraft. The goods have been awarded the Certificate of Handicraft Goods [Certyfikat Rękodzieła Artystycznego] by the Polish National Art Workers and Craftsmen Guild [Ogólnopolski Cech Rzemieślników i Artystów]. They are made of used objects which are characteristic of the times we live in. Re-using them, BECHANN gives the objects a new life filled with entirely new functionality and form. Thanks to the versatility of the re-used materials as well as manual processing, each piece features its own unique pattern and character. The pieces are made out of passion for creating something out of something. 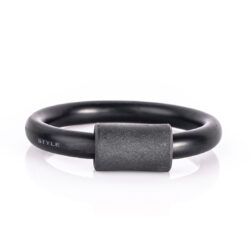 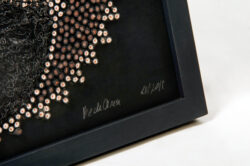 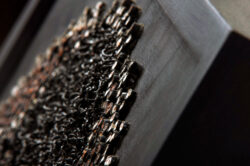 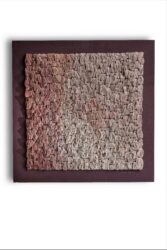 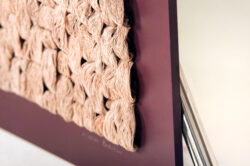